The purpose of this test is to push Jitsi to perform at its peak performance using enterprise grade hardware and network infrastructure provided by AWS. Our testing is backed by the industry's foremost expertise in WebRTC.

A summary of the tests are below. 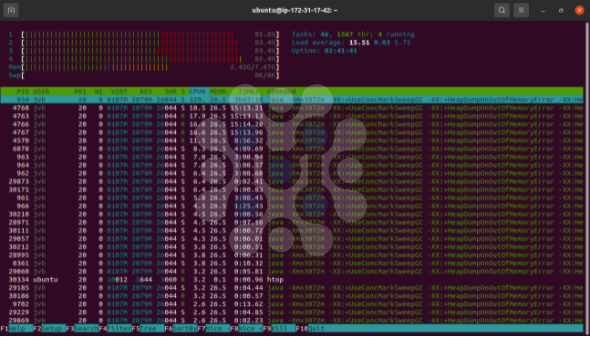 We wanted to max out the JVB by loading HD streaming bots. We managed to hit 43 bots with the JVBs reaching 85%. There was not much load on the Jitsi Meet server. And we could have gone upto 45 video users without an issue.

Typically, we would say you can do a 100 concurrent users video conference with about 3-5 video users. We increased that limit to 6 while there were 100 participants. The JVB CPU was at 75% and client GPU was only at 33%. This shows how our configurations can handle upto even 10-12 video presenters when there are 100 participants total. And new Jitsi improvements means the client GPU load was nominal.

We increased the video transmitters to 8 while there were 135 participants. The JVB CPU was at 89% and client GPU was only at 38%. This shows how our configurations can handle upto even 8 video presenters when there are 100 participants total in one Jitsi meet conference. This is a groundbreaking achievement already.

We increased the participants to a whopping 235 and made 2 video and audio participants. The JVB CPU was at 92% and client GPU was only at 35%. This is a staggering number, and all the while the Android note 9 and the Apple IPhone X users could join and talk easily from the web browsers or their Native mobile apps. Having 235 participants in one meeting on such cost effective infrastructure is a new experience for the Jitsi Community.

We can see that when there are more conference participants, even one video transmitting user affects CPU usage considerably. But the new implementation made by Meetrix can now reach ground breaking participant numbers in one Jitsi conference, hosting well over 100 participants in a meeting, reaching a 100% and more increase by supporting close to 250 participants.

We are truly grateful for the amazing team behind Jitsi, and can guarantee our customers the best experience from an Industry leader in Jitsi and WebRTC. So don't wait, contact us to get the best Jitsi enterprise platform for your smart business rolled out today.